Treatment of the benign prostatic hyperplasia 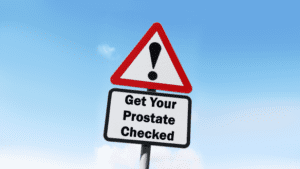 The benign prostatic hyperplasia is a very common disease in usually over 60 year old men, that leads to significant urination problems and sometimes to serious complications. There are many ways of treatment, surgical and with administration of drugs. The pharmaceutical treatment, however, does not usually consist a permanent treatment and has the disadvantage of the permanent use of drugs along with their possible side effects, such as hypotension and erectile dysfunction.

A new type of procedure for the removal of the prostate in case of its benign enlargement is the use of Laser. This particular method is also performed with spinal anesthesia and through the urethra without an incision, as the classical transurethral prostatectomy, where the prostatic tissue is vaporized with the aid of laser. However, this particular technique is more advantageous, after the proper selection of patients, in the following points:

– The duration of hospitalization is limited to one day, in comparison with the classical transurethral operation which is 3 days and with the open prostatectomy which is 7 days.
– The catheter remains for one day only, and in 30% of the patients there is no requirement of postoperative catheterization at all, in contrast with the aforementioned techniques, where it remains for 3 or 7 days respectively.
– The blood loss is minor, in contrast with the aforementioned operations, where the loss reaches 300-600ml.
– The interruption of the anticoagulant therapy is not required.
– The gravity of the laser technique is much lower than the one of classical operations.
– The retrograde ejaculation and consequently the absence of ejaculation, which consists the usual case after classical prostatectomies, is rare after a KTP laser technique operation.
– The erectile function is not affected at all.

So, it seems that this technique is equally effective with the classical ones, but it has a much lower morbidity and less discomfort for the patient. A relative contraindication are the large prostates with a size greater than 80-90cm3, because in this case the open prostatectomy has better results and the suspicion of prostate cancer, because with the KTP laser technique cannot be collected biopsy samples.